After a Skype conversation with my parents made me realize that I’ve been getting into the habit of drinking and clubbing and not so much experiencing the culture and attractions of Aarhus, I set out one weekend with a newfound determination to enjoy the city. The result? I went to an open-air museum, a traditional museum, and a church service.

Den Gamle By (The Old City)

The Old City is a collection of well-preserved historical houses from around Denmark that show you what life was like back in the day. When a building is bought by or donated to the museum, it is painstakingly un-assembled, brick by brick, documented, transported, and re-assembled at its new home. Little signs on the buildings tell you what they were used for, and many also had little gardens where people would grow their own food. Though the gardens weren’t much to look at in the middle of January, the houses were pretty cool 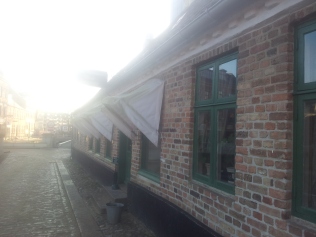 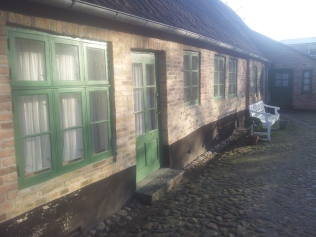 Although the houses were cute, I don’t feel like I learned that much while I was there. I think it would have been better to get a tour, where a tour guide could provide more trivia and information about what we were seeing. I went there with Manuel, the kindly computer science student who fixed my computer, and since he had had a tour before he was able to tell me quite a lot about it. I think it’s worth going to at least once or twice if you live in Aarhus, but if you’re just visiting for a couple of days, I wouldn’t prioritize it.

There was also an indoor exhibit with historical clothing. 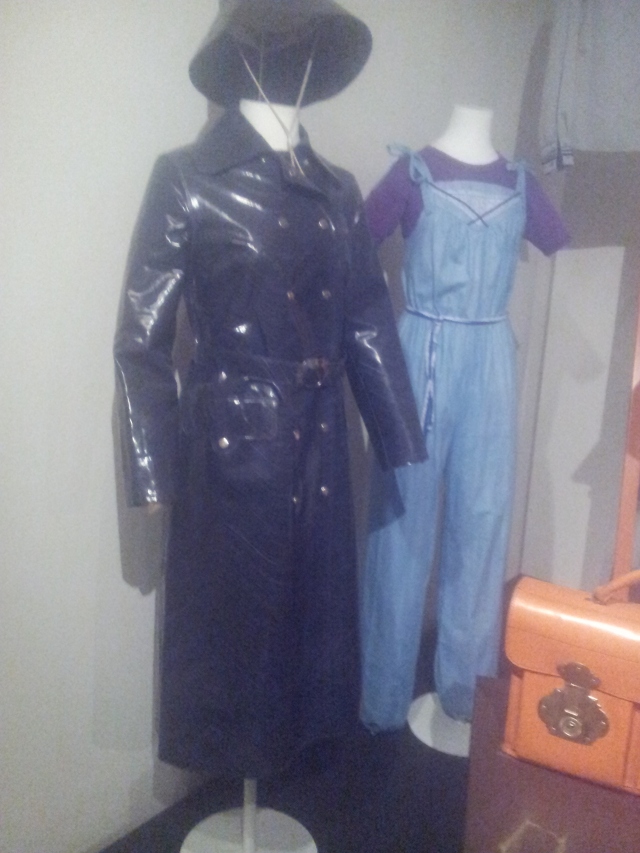 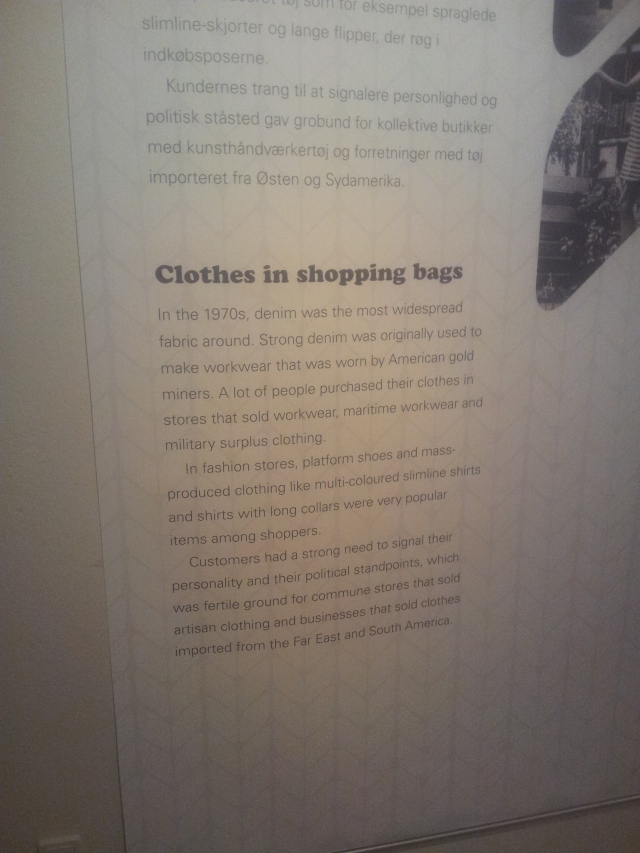 I learned a lot about the attitude of the 70’s in that exhibit – people’s need to be unique, stand out and do their own thing. I also learned that knitting was a big part of Danish culture, and the 70’s was the first time women began knitting crazy designs and brightly colored patterns instead of whatever pattern came with the yarn. It was funny seeing knitted sweaters with dragon motifs next to tye-dye dresses and denim overalls. But all in all not that riveting.

I guess the thing to do is to visit Den Gamle By around Christmas time because they put Christmas decorations up on all the houses and it’s sort of a Danish tradition. Thomas complained to me about being dragged their with his parents one weekend when they came to visit. I almost went one day in December, but the weather was so awful I decided to see a movie instead. Once I found out what a big deal it was though I was a bit sorry I missed it. 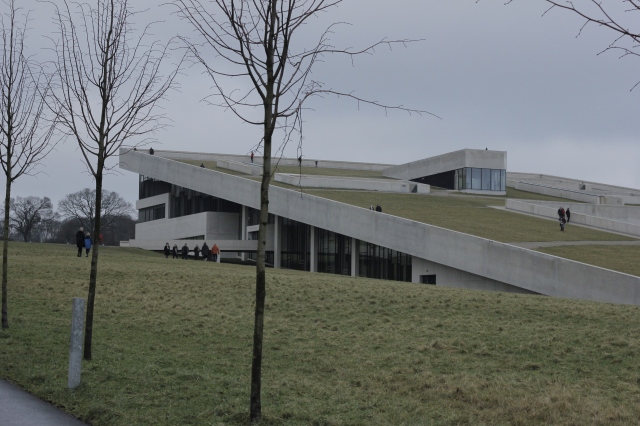 The Moesgård Museum is Aarhus’s newest museum – I believe it only opened in September or so. This museum was largely focused on anthropology, cultures and traditions from people far away and long ago. 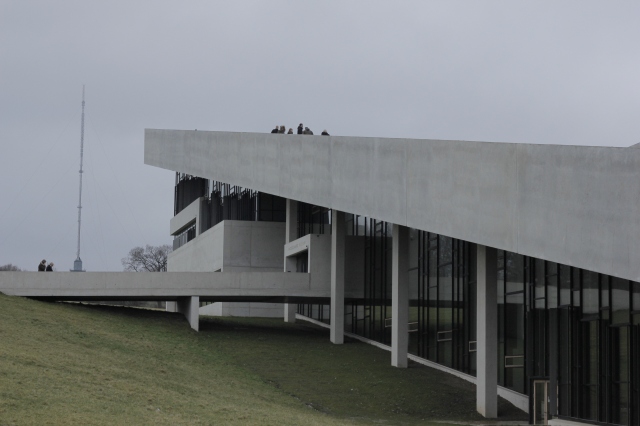 I went with a group of students from my dorm. The first thing we did, while it was still light outside, was climb up the grassy roof. In spring and summer I guess it’s a nice place to have a picnic. It’s also a short walk from the Moesgård beach, but it was windy and cold and not a very nice day to go to the beach. 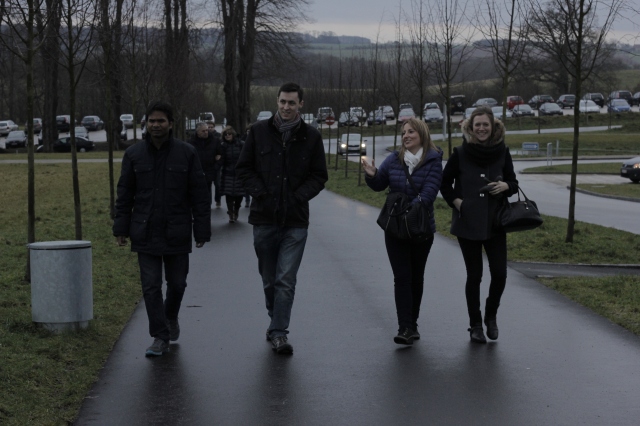 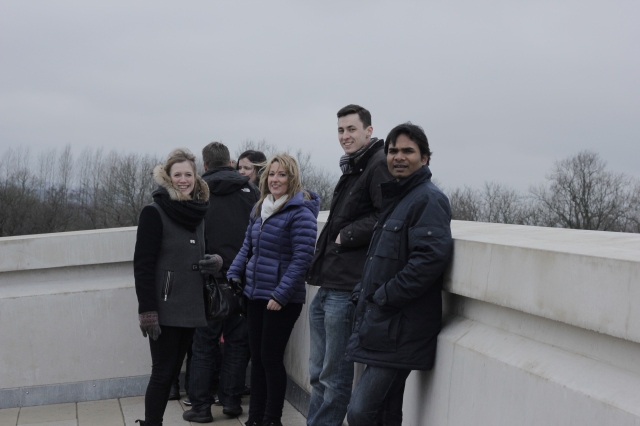 The top floor of the museum had to do with different cultures’ beliefs about death and the afterlife. 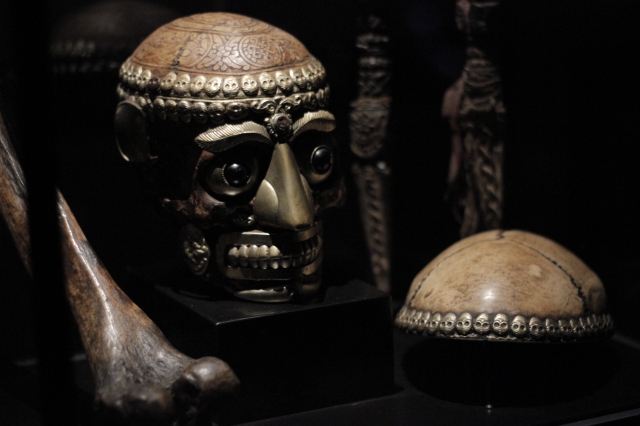 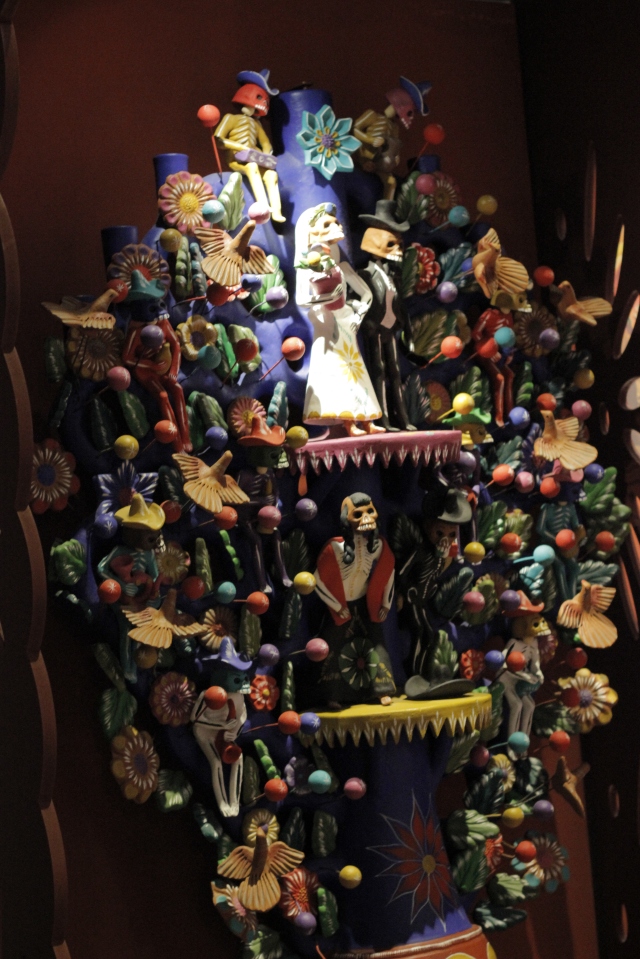 The lower level had to do with human prehistory, with a large emphasis on the history of Jutland. I had no idea, but I guess Jutland has a lot of peat bogs where all sorts of ancient mummies and artifacts have been found, so they actually know quite a lot about Danish pre-history. The Romans never made it this far north, to my knowledge, but there were other indigenous people who lived here, and of course, can’t forget the Vikings! 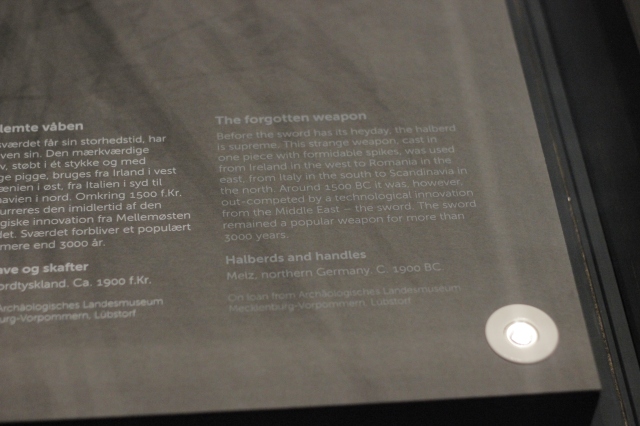 And the big finale… Grauballe Man!

I am Lutheran and my home church was founded by Danish immigrants, so I figured I’d better go to at least one church service while I was here. I’d seen plenty of cathedrals when traveling through Germany and Holland before, but never been to a service in one. It was quite a treat!

The cathedral is definitely beautiful on the inside, but after touring north Germany and Holland visiting beautiful churches for the purpose of playing historic pipe organs, I was a little jaded. It was big, but not the biggest I’d seen. It was beautiful, but far from the most ornate. Still, I enjoyed the service immensely, even though I didn’t understand much of the Danish and I only caught random words like “father” and “Lord” and “forever” and “amen.” It was pretty similar to a Lutheran church service back home, but a bit… colder. Lutherans aren’t known for being the most excitable or charismatic congregations, but in Denmark people barely spoke a word. Less than half of the people sang along with the hymns, and there was no “greeting” part of the service where people shook hands and said good morning. Although some people stuck around afterwards for coffee and tea, I was feeling pretty not-confident in my Danish skills and left right away.

Despite the lack of charisma among participants and not understanding much, I still really enjoyed the service. As Christianity has declined in much of Europe, relatively few churches are still in use, and many have been converted to museums. Though the congregation’s singing wasn’t very loud and the organist never pulled out all the stops, it was still an incredible feeling to be in such an acoustically amazing, beautiful space and be surrounded by beautiful music. The church was huge, and the music filled the air around you. The altar was also beautiful and ornate, and I felt a little intimidated going up to it to receive communion. I plan on trying to attend more regularly in the future, and maybe sweet-talking the management to let me try out the organ.

Internal and external communications expert. Currently based in: Hamburg, Germany.